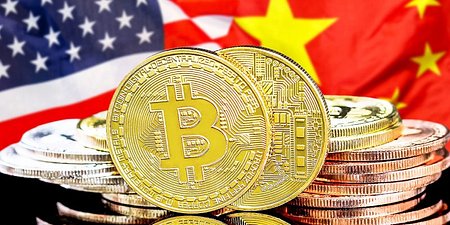 Overview
The resume of the US-China trade talks is one of the major focuses in the financial markets this week, while the markets didn’t have high hopes of reaching a deal, whether it’s a full or a partial deal, the potential currency pact between the two countries could be a game changer in the FX world, and possibly in cryptocurrency space as well. We will look at the bitcoin price implications if a pact in place.

Possible Currency Accord
All eyes are on Washington this week as the deputy-level trade talks between the US and China resumed, yet, various media outlets reported that the negotiations made no major progress on critical issues. However, Bloomberg reports that the White House could put the previously agreed currency pact with China, as part of an early harvest deal that could also see a tariff increase next week suspended.

While China is yet to make an official response to the currency pact accord proposal, the FX markets have shown its enthusiasm. In the early Thursday Asia session, we’ve seen CNH strengthened against USD significantly at the time that currency pact headline broke. As a knee-jerk reaction, the pair dropped from around 7.1520 just after 9:15 AM HKT to as low as below 7.10 in a matter of approximately 15 minutes. 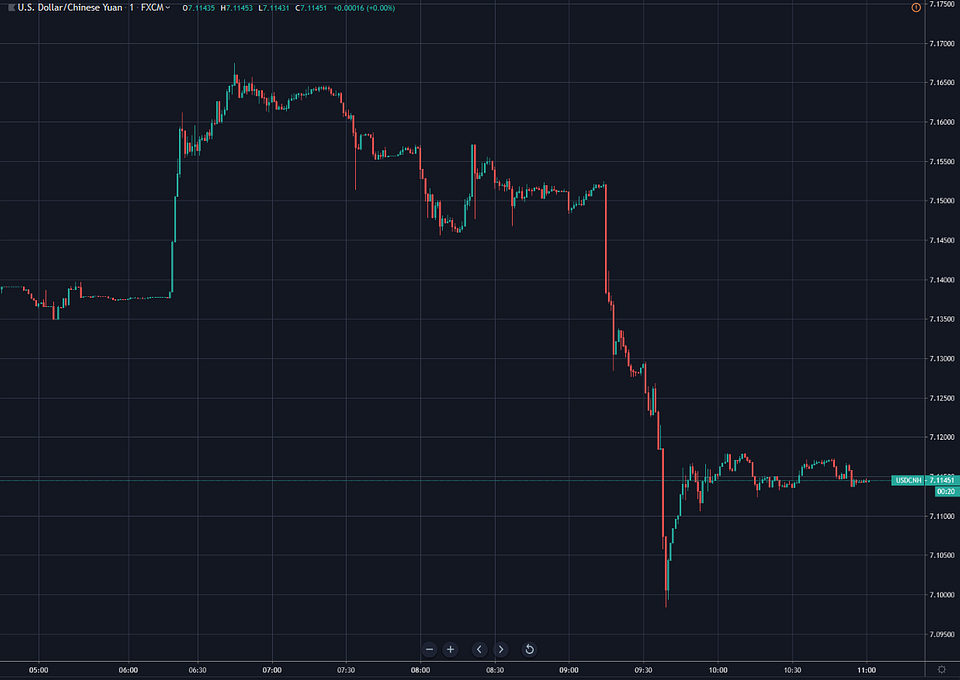 Plaza Accord Model?
What will be the possible currency accord looks like? What does a currency pact mean to the yuan and the greenback? Although we can only make speculations about the potential accord at this stage, and so far, no details have been provided, such as what currency/currency basket will involve or their weighting levels, however, the history of the 1985 Plaza Accord could give us a brief idea.

In the early 80s, the strong dollar has pressured the profitability of many US multinationals, companies like IBM and Caterpillar have urged Congress to take measures to tackle the problems. Ultimately, it led to the 1985 Plaza Accord, which is a currency pact agreement between the US, France, Germany, the UK, and Japan. The Accord allowed the Japanese yen and Deutsche mark to significantly strengthen against the dollar, as part of the efforts to fix the trade imbalances between the countries. As a result, the dollar depreciated by as much as 50% against the yen and the mark by the end of 1987.

With the background of an ongoing US-China trade war, everything seems a déjà vu all over again. We have a very strong dollar and US multinationals have been suffering because of that. Trade imbalance also at the front and center in this trade dispute between the two largest economies in the world. A US-China currency deal similar to the Plaza Accord could be a possible solution on the table.

Bitcoin Implications
Bitcoin could be one of the beneficiaries if there’s an agreement to allow the Chinese yuan to appreciate against USD substantially and orderly. We are all familiar with the inverse correlation between USDCNH and bitcoin (figure 2) and we’ve already covered this topic in several publications previously. Besides the store of value purpose, Chinese investors have had high demand in bitcoin as a tool of speculation as well as capital flight. A stronger yuan could help them to increase their bitcoin buying power, and that could be a positive boost to the prices of the leading crypto.

Furthermore, a currency pact could also trigger a market sentiment shift globally, from risk-off safe heaven focused, to a complete risk-on mode, which could turn bitcoin into a risk asset. 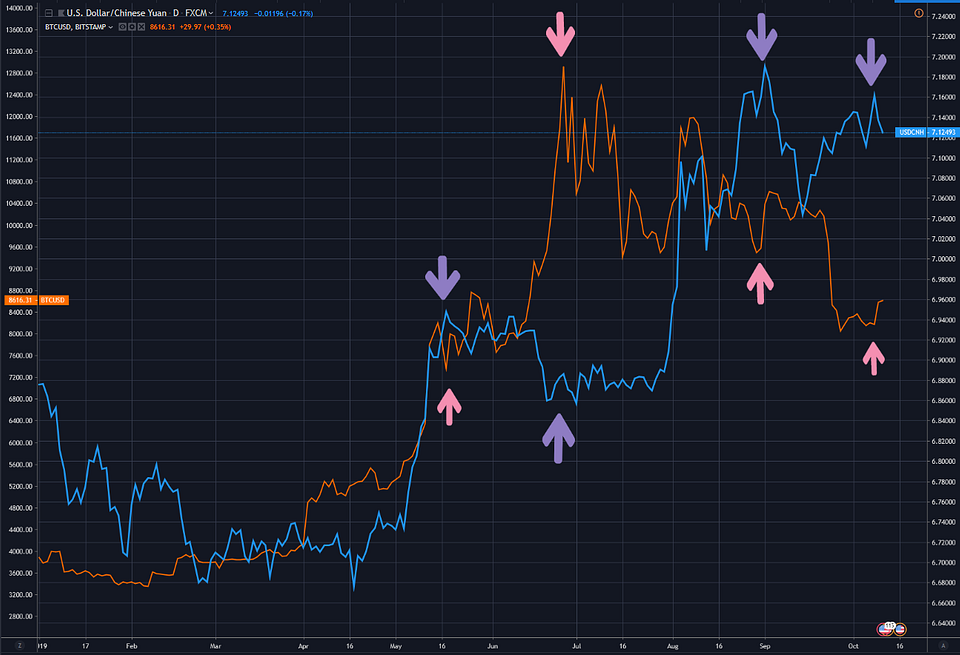 Macro Picture: Easing & Rate Cuts
On top of the trade talks, we may see more easing and rate cuts on the way and the US could cut its interest rates again as soon as this month, this could be another underlying factor that could affect bitcoin prices.

According to the FOMC September meeting minutes, policymakers expressed concern about the increasing downside risks of the US economy. Besides, the document shows that “It might become necessary for the Committee to seek better alignment of market expectations regarding the policy rate path with policymakers’ own expectations for that path.”

That fact that the expectation of an October rate cut has been built up. CME FedWatch Tool shows (figure 3) that there’s 82% of chances that the Fed will cut the interest rates by another 25 bps at the month end’s meeting. 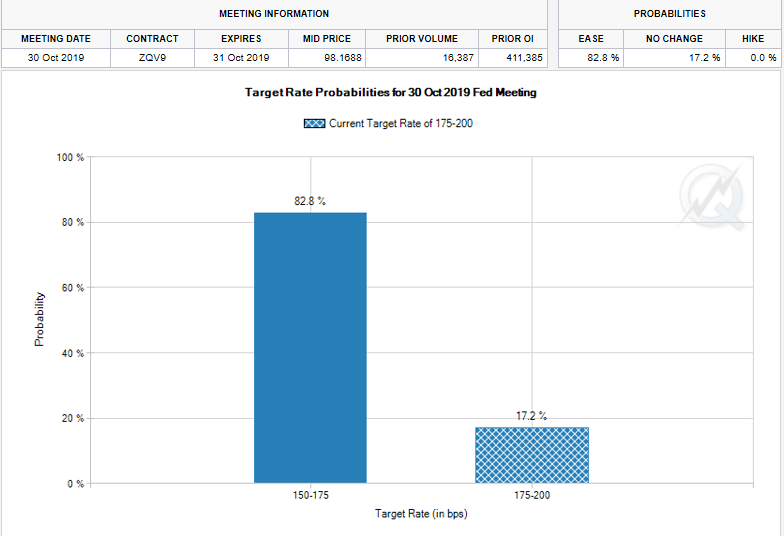 Furthermore, Fed Chair Jerome Powell said the central bank will soon start repurchasing Treasury bills as part of the move to grow the balance sheet and reserves again. Although he insisted that it was not the restart of the quantitative easing program, the move worries some of the investors.

Conclusion
Despite the low expectation of the US-China trade talks, the possible currency pact within the partial trade deal could potentially be a game changer for the markets, including cryptocurrency, it could substantially alter the relationship between the dollar, the yuan and bitcoin, and that is something crypto watchers should focus on in the following weeks. Traders also don’t want to miss any Fedspeak, as FOMC meeting approaches.