Five Crypto Stats You May Have Never Thought Of
Share 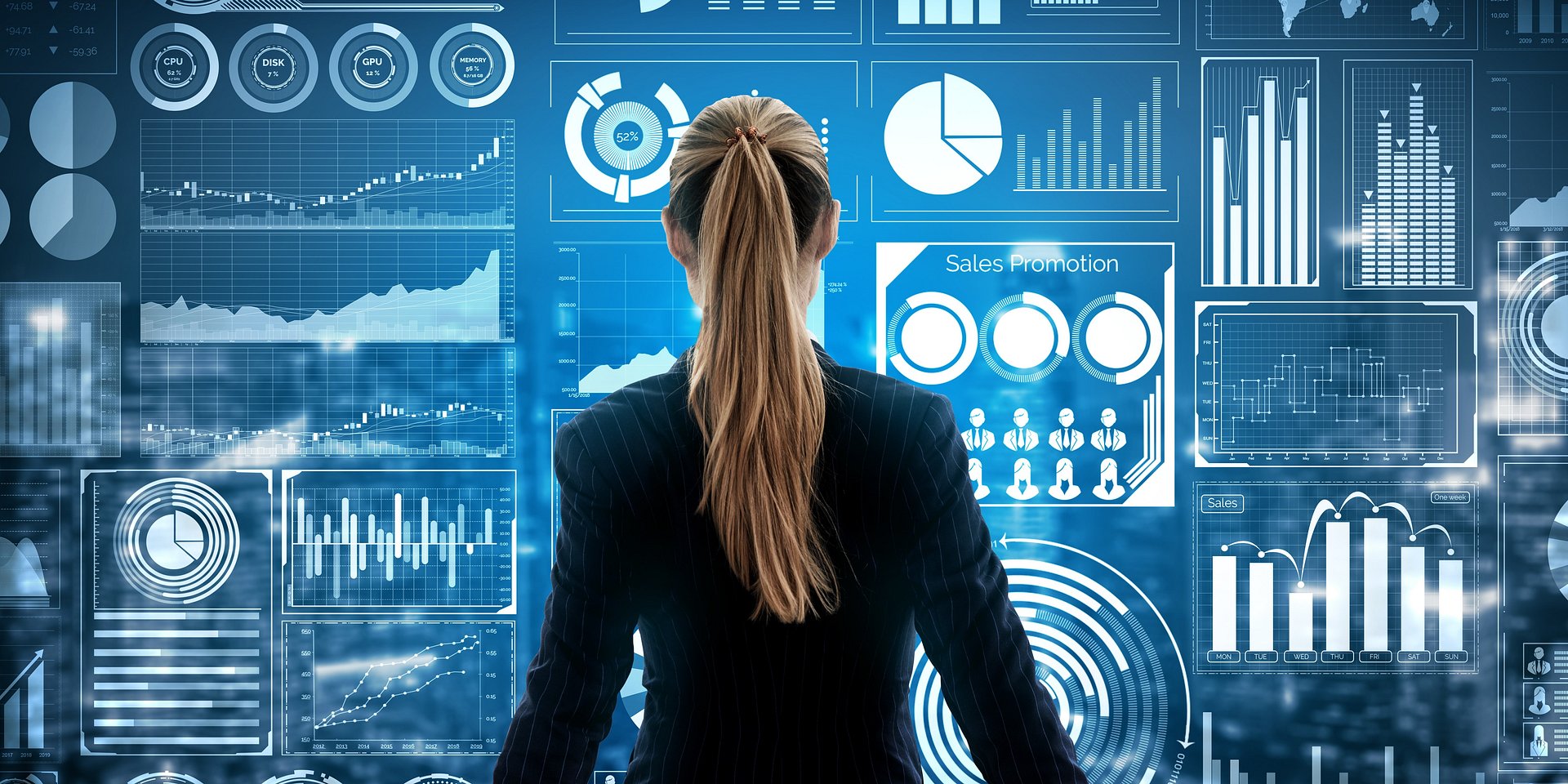 How well do you know about crypto?
The revolutionary world of crypto has brought incredible global changes and a more secure financial world. How well do you know about crypto? While savvy crypto traders might remember Laszlo Hanyecz, the American that bought a pizza for 10,000 BTC in 2010, or Bitcoin’s surge to an all-time high of USD 20,000 in 2017, but have you given thought to each of the interesting crypto stats we’re about to show you?

1. Bitcoin is NOT the World’s Most Used Crypto
Shocking, yeh? Bitcoin might account for about 70% of all cryptocurrency’s market value, but its trading volume tells a different story. According to data from CoinMarketCap, the token with the highest daily and monthly trading is not Bitcoin, but Tether, whose market cap is 30 times less than the crypto king. 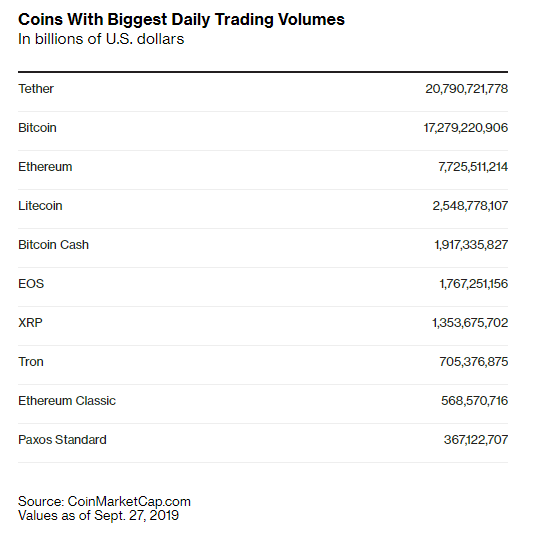 Although it is difficult to obtain concrete trading volume figures for crypto, the website’s data still showed that Tether’s volume surpassed that of Bitcoin’s for the first time in April this year and has constantly exceeded it since early August at about USD21 billion per day, with its monthly trading volume at about 18% higher than BTC.

As Bitcoin is halving in May 2020, Bitcoin supply is becoming increasingly scarce. It’s logical for Bitcoin holders to accumulate the coin instead of trading it, in order to make a profit in the long run. Demand is expected to go up drastically after halving when the Bitcoin market faces less selling pressure.

2. Bitcoin is running out in 120 years
Did you know the 18 millionth Bitcoin has been mined recently? On Oct 18, the 18 millionth Bitcoin has been released into supply — we’re another step closer to its 21 million hard-coded cap, with only 3 million Bitcoins left to be mined. At a rate of approximately 1,800 BTC mined per day and block reward halving happening every 4 years, we will be running out of new Bitcoins in……120 years!

So, what will happen to Bitcoin after all 21 million are mined?

Bitcoin miners are most directly affected by the limit of Bitcoin supply, as they will be forced away from the block reward they receive and have to rely on transaction fees to maintain operations, leading to an increase in their mining cost and possibly a reduction in the number of miners. But for traders, Bitcoin price is expected to rise due to the limited supply and the continuous spread to the larger financial world in the future, unless Satoshi decided to change Bitcoin’s protocol for a larger supply.

3. Only 19% of the World’s Population Used Cryptocurrencies in 2018
While we Bitcoin hodlers are rooting for the surge in BTC price, the majority of the population has actually never owned crypto.

We might be moving towards global adoption, the number of crypto users is surprisingly low — only 19% of the world’s population have purchased crypto, according to the data from the latest survey released by Kaspersky Lab in June 2019. 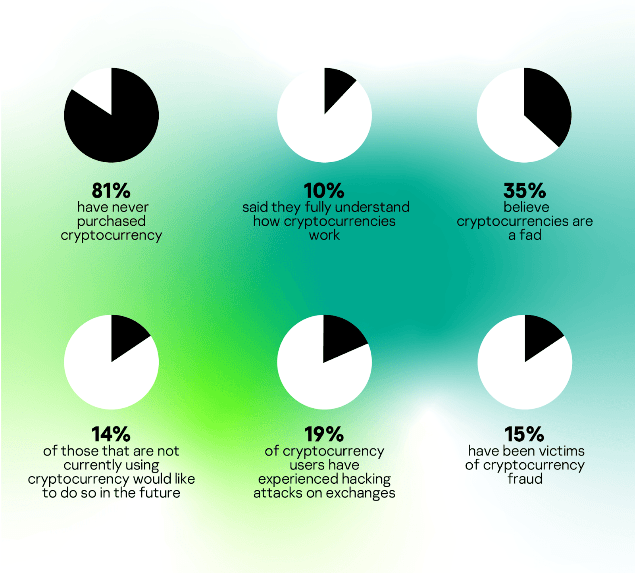 The survey also revealed that only 10% of the respondents said they “fully understand how cryptocurrencies work”. For those who don’t own crypto, only 14% expressed their will to use crypto in the future. Ouch, what a snap in the face.

4. There are Over 40 Million Crypto Wallets and almost 5,000 Crypto ATMs Worldwide.
Crypto wallets are a necessity for traders. How could you keep your assets safe without a highly secure wallet(s)?

The number of crypto wallets has been steadily increasing since 2014 along with the spike of decentralized exchanges and digital assets, jumping rapidly from 1 to 2 million wallets worldwide. In 2016, crypto wallet became one of the major trends as the number of users continued to surge exponentially to 5 million. Today, the total number of crypto wallet users has reached just over 4.2 million in Q3 according to data from Statista, an enormous increase from less than 8 million users in Q2 2016! 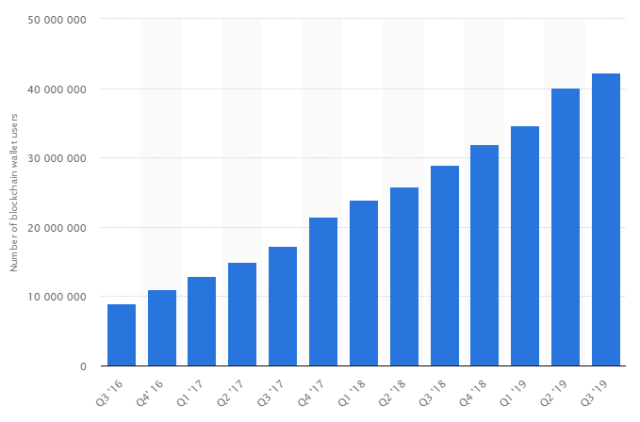 The same goes for crypto ATMs. Who would have thought that crypto can be that easily accessible back in 2008?

Crypto ATM first appeared in 2013 in Canada, when the Las Vegas-based startup Robocoin launched the first bitcoin-based ATM in Vancouver, hoping to get Bitcoin usage to the public by offering an easier way for people to buy and sell Bitcoin. 6 years later, crypto ATM made history by landing in Venezuela, the land of the underbanked amidst stringent government regulations and an unstable economic situation. 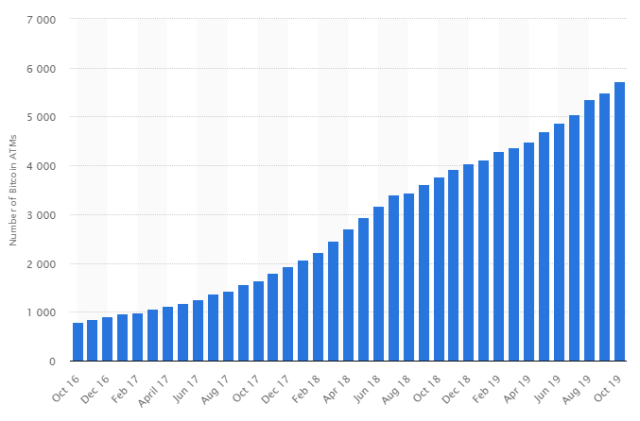 Bitcoin ATMs have also seen the highest monthly increase in May 2019 for almost a year with a net growth of 228 across the globe — 306 Bitcoin ATMs were installed in May alone.

Crypto ATMs today have extended their support for other cryptocurrencies as well, 69.6% of all machines now support other tokens apart from Bitcoin. 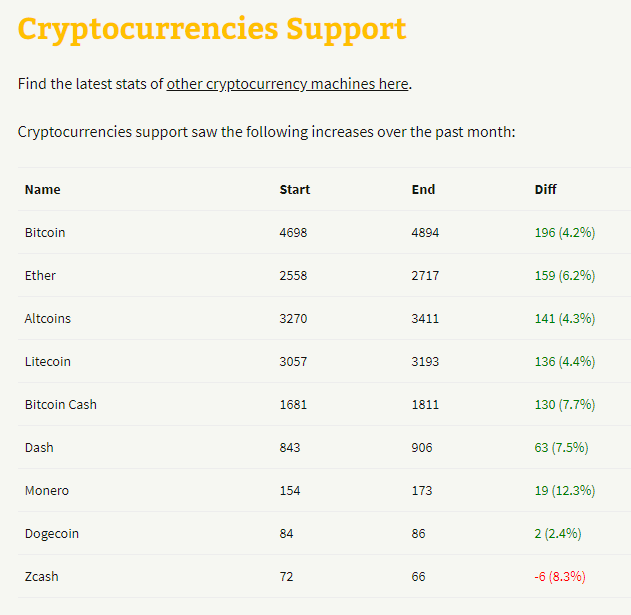 Who would have thought that the virtual currency that was once created to tackle the inefficiency of traditional fiat could become the world’s hedging tool and an economic commodity?

Since we’ve come to know Bitcoin in 2009, the crypto king has been on a remarkable journey. Looking at Bitcoin’s price 10 years ago, for just over USD 5 you could get approx. 5,000 BTC, as recorded in the first transaction. Saifedean Ammous, author of The Bitcoin Standard, marked in his recent tweet that the price of Bitcoin has actually rallied some 838,078,685% today. Even with its 40% correction this year, BTC price still gained over 120%, with many Bitcoin price metrics are still overwhelmingly bullish. 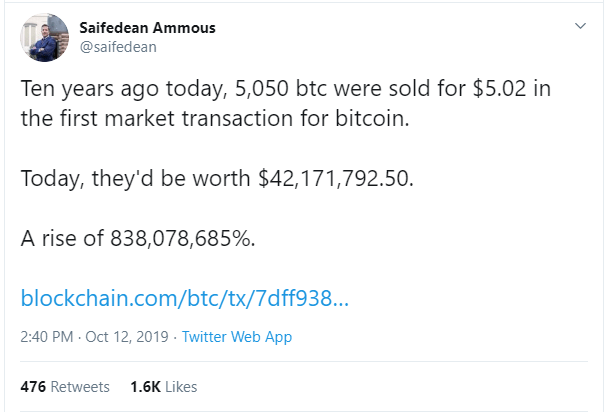 At the same time, the number of BTC whale addresses (addresses holding more than 1,000 coins) has also set a new record this month, reaching over 2,000 addresses. This huge spike in whale addresses in 2019 could be linked to an influx of exchanges on the market, or simply indicating that the whales have accumulated a lot of Bitcoin during the 2018 bear market when the price was dropping.

OverviewPessimistic sentiment has been looming the cryptocurrency markets as we passed the halfway mark of October. Bitcoin has been trading below the 8000 levels again and approaching the month-low levels near 7760. Although the picture may not be so bright now, however...