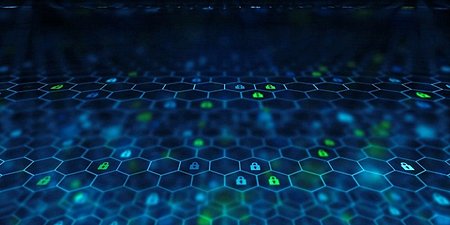 A Comparison of Public vs Private Blockchain

What difference does it make

You might be familiar with Bitcoin, Litecoin, or all the other cryptocurrencies. What about blockchain? Apart from knowing that it is the basis of all crypto, what other real-world use cases do they bring? Or simply, what are the differences between a public and a private blockchain? Which is better?

Public vs private: Same but different?
In a nutshell, public and private blockchains are two very different things.

Most of us understand the rationale behind blockchain — a distributed, decentralized public ledger that stores lists of records in blocks that are interconnected to each other through cryptography, thus ensuring the confidentially of the transactions. They are time-stamped, immutable and not managed by any central authorities or computers.

This is called public blockchain.

For example, Bitcoin, Ethereum, and the soon-launching OKChain are public blockchains. It allows anyone to join the network, read, write, or participate within the blockchain, but no one has the authority to control the whole network. Data on a public blockchain are secure as it has been validated and impossible to modify on-chain.

Private blockchains, on the other hand, are controlled by one or more entities and restrict participants’ access to the network, only people involved in the transaction know the whole picture, such as the Ripple (XRP) network.

The major difference between public and private blockchain is their level of access granted to participants. Public blockchains are permissionless and decentralized, anyone can verify and add transaction data on-chain. It is completely open, with open-source computing codes that can be inspected, verified and downloaded by those who wish to become a full node or a miner. Private blockchains are more centralized in nature as they only allow certain people to participate in a closed network. In a private blockchain, there is no minor collision. Each validator knows each other and is appointed to be a part of the network, and they have the ability to alter or modify transactions according to their needs. Thus, a private blockchain is more prone to a 51% attack as it is relatively easier for bad nodes to gain control over the network.

Another fundamental difference between public and private blockchain is scalability. Scalability has been one of the major concerns for crypto, especially for the “older” coins, while Bitcoin could only process 7 transactions per second (tps), Ripple is capable to handle up to 50,000 tps, keeping its network fast and efficient for users. Public blockchains are generally slower as the number of authorized participants in higher, hence it processes transactions at a delayed pace, but transactions on a private blockchain do not need to go through hundreds or thousands of nodes to verify the data, therefore transactions can be supported and processed at a much faster rate.

Are public blockchains more secure?
Public blockchain was created to eliminate intermediaries and remove trust on the network by incentivizing participants. It is true that the greater the decentralization, the more secure a blockchain is. Perhaps the transparency of a public blockchain is what attracts a wider array of use cases than private blockchain. With more nodes in the network, it definitely makes it harder for hackers to attack the ecosystem or gain control over a 51% attack, but it is also extremely slow. Public blockchain like Bitcoin is no match for centralized payment processors on the market (such as Visa, which is capable of handling 24,000 tps), it takes forever to reach a consensus on the state of the transaction on a Bitcoin blockchain, not to mention its scalability issue.

To process more transactions per second, limiting access to data or certain functions is indeed what private blockchain is trying to achieve. It can process much higher tps compared to public blockchain, but it is worth sacrificing security over transaction speed? Private blockchain is generally much more vulnerable to hacks and data manipulation too.

It’s all about trust
Public blockchains like Bitcoin and Ethereum are designed to protect anonymity, that’s why cryptocurrencies are based on public blockchains. Yet in the corporate world, we see businesses adopt private blockchains at scale as they don’t want full transparency or sharing all their business data to competitors. Private blockchains ensure they have control over who is able to write or read details of the information on the chain.

Coming to the debate of which blockchain is better, the public blockchain seems to stand out as a better option for its ability to be applied in a majority of use cases with no restricted access. Yet the concern of privacy will likely continue to be an issue for both blockchains, along with developing seamless cross-chain technology to interact and exchange values.

The premise of decentralization might be to offer transparency, security, and cost-efficiency (the main goal of creating blockchain), but in the end, it really all depends on the objectives and goals of those adopting the technology.

OKChain to be launched on testnet
Currently in the final stage of development, OKEx is set to release the OKChain to testnet soon, and will migrate OKB from the ERC-20 network to the OKChain mainnet once it becomes stable. At this point, OKB will become the native token of the OKChain network to settle transaction fees and in decentralized apps (dApps) developed on the chain.

Our first decentralized exchange, OKDEx, will also be available on OKChain by that time, and we will open the supernodes election for the blockchain. With OKB, users can vote for their favorite supernode candidate and settle transaction fees on OKDEx. OKB will also be used for token pre-sales, and project teams will need to pay super nodes OKB as service fees in the future.

Stay tuned on our social channels for the latest updates!