Crypto November Selloff: Pure Technical or Something Else Behind?
Share 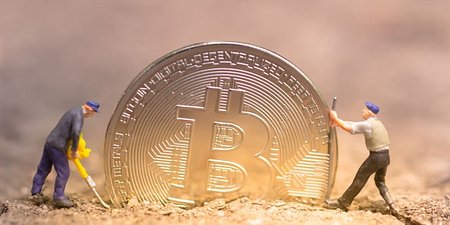 Crypto November Selloff: Pure Technical or Something Else Behind?

Overview
Bitcoin has given up almost all of its October rally gains as the prices of the leading cryptocurrency dipped into below 8000 levels for the first in almost a month. While markets may wonder what’s behind the recent price corrections, network difficulty may give more clues of what has been backing the bearish sentiment. Meanwhile, bears seem also firmly in control in the altcoin space after the bitcoin prices slide, however, this could be only the beginning of a long correction period.

Bitcoin network difficulty is a relative measure of how difficult it is to find a new block. The difficulty is adjusted periodically as a function of how much hashing power has been deployed by the network of miners.

We’ve seen the difficulty has reached a new all-time high in early November, that’s the time right after the rally that sent BTC to the upper 9000 handles. Despite the difficulty level has slightly retreated in the middle of the month, still, it was at a fairly high level. 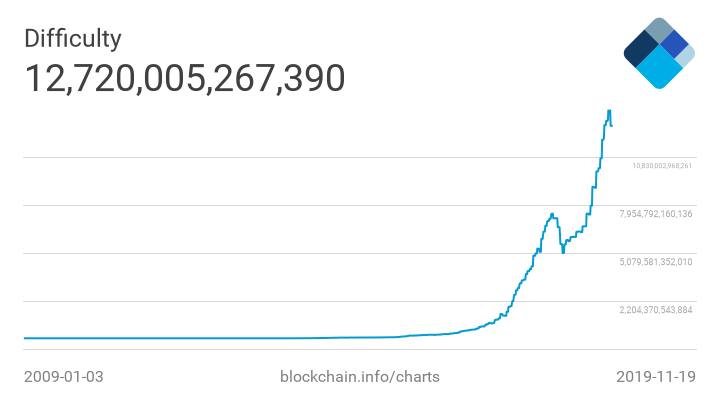 Given that the BTC prices unable to sustain its post-rally gains, apparently the pullback of the prices was unable to justify the relatively high levels of network difficulty, that could result some of the miners to sell a larger portion of their newly mined bitcoin, and could accelerate the selloff, further fueling the bears in the markets.

The difficulty ribbon shows that the current network condition looks somewhat similar to early November last year (far left of figure 2a), where the yellow bar indicates the difficulty ribbon started to compress. As the ribbon compressed further, a price pullback followed. We saw the same pattern that happened from time to time, late 2015 is one of the examples (figure 2b).

Back in today’s market, although the difficulty ribbon just started to compress (far right of figure 2a), it’s hard to determine how long the compression will last. However, the prices usually would stabilize after a compression period and when the selling pressure fades. 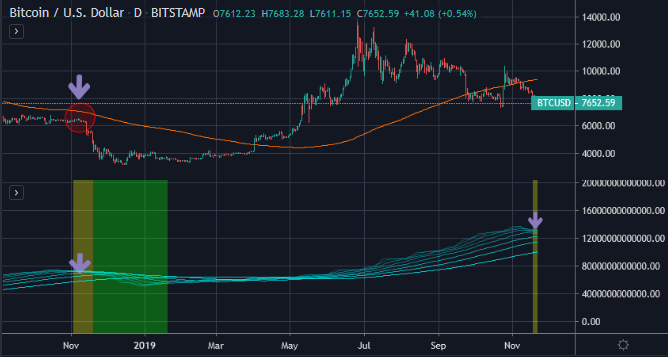 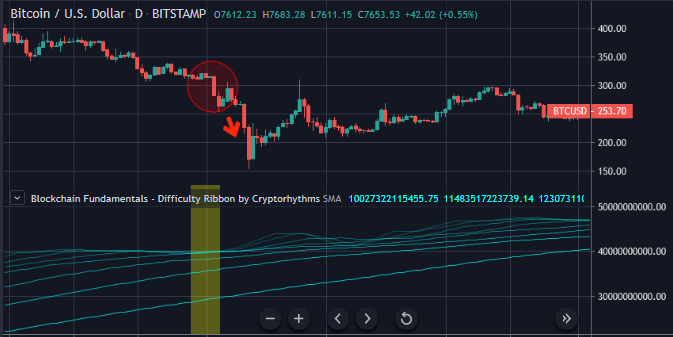 On the other hand, a compressed difficulty ribbon could also provide entry points for long term HODLers. Figure 2a is one of the examples that shows miner capitulations before the start of a rally. It will be interesting to see how the difficulty ribbon, network difficulty, and hash rate to unfold the BTC markets.

Altcoin Back in Downward Channel…Again
There’s another reason that could worry altcoin watchers, and that’s the altcoin market cap chart. The total altcoin value has made an initial breakthrough of the July-October downward channel after bitcoin’s rally in late October, which also sent it to above the 365-day moving average.

However, the altcoin rally seems running out of steam as BTC also retreated from the recent highs. As the total altcoin value has back to the upper side of the channel, there could be more room for the downside in the altcoin space if we don’t see an imminent rebound.