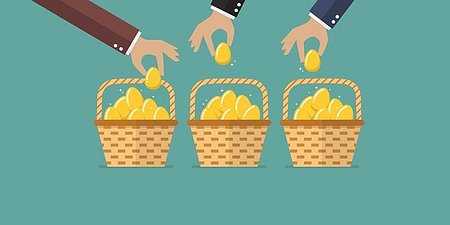 Overview
What’s the effective way to diversify a crypto portfolio? Does crypto assets able to be diversified at all? That’s the question that many crypto HODLers have been asking. The slow bleed of bitcoin and other major cryptocurrencies prices has been challenging HODLers and their holding powers. Despite BTC still able to maintain its 112% YTD gains so far, the recent price correction could pressure some of the latecomers. In this article, we will study some possible cases of crypto portfolio diversification from a HODLer perspective, meaning diversifying investment by allocating capital into various crypto assets using long-only strategies. We will also explore how altcoins and stablecoins could balance a portfolio.

Why to Diversify?
In the traditional world of finance, the performance of different assets could be various under different market conditions. For example, REITs could outperform general equities in a turbulence market, and defensive stocks could disappoint investors when risk appetite is heightened. That’s the time diversification comes in. The main purpose of exposure to different asset classes is to balance risk and return in a portfolio.

In the cryptocurrency space, diversification could also be one of the ways to manage risk exposure. Although some would argue that there’s impossible to diversify a crypto portfolio because major altcoins are highly correlated with bitcoin. However, with a carefully selected basket of altcoins in conjunction with stablecoins, investors could able to navigate the market more effectively with manageable risk.

Concentration vs. Diversification
That’s always a debate between putting all the eggs in one basket and placing the eggs into different baskets. While in some cases concentrating on only one asset could maximize the profitability, but this also maximizes the risk exposure at the same time. On top of that, a heavy concentrated strategy gives investors no room for any analysis error and overexpose to unnecessary risks.
However, over-diversification could also hurt investment returns. Some investors believe that the more assets they own, the better return they can have, and that’s not the right concept. It could increase investment cost, adding unnecessary due diligence efforts, and leading to below-average risk-adjusted returns.

Market Performance Overview
Before getting into portfolio diversification, let’s have a quick recap on the performance of major cryptocurrencies. The figure below shows that OKB and BTC were among some of the YTD gainers, while XMR and XRP have been underperforming their peers. Once again, this shows various crypto assets could perform very differently, highlighting the importance of balancing risk and return.

Asset Allocation
A portfolio with a balanced selection of coins and tokens could help HODLers to balance risk and returns. We’ve used BTC alongside with other leading altcoins and the Fundstrat Crypto 40 Index, a weighted index tracks the top 11 to 50 cryptocurrencies by market value and liquidity, to construct some sample portfolios and the results could make HODLers think again about putting all eggs in one basket.

Despite the recent price corrections, bitcoin is still able to maintain its 112% gain so far this year, and that has helped many BTC-based portfolios remain solidly in the green. However, we’ve found that the portfolio contains only BTC and ETH has been underperformed with portfolios that have both BTC and mid-cap altcoins exposure (Half and Half vs. Bitcoin and Index).

Besides, stablecoin is especially important in portfolios that include high volatility coins and tokens, and “Hedged Basket” could be an example. The group comprises XLM and OKB which has plummeted over 46% and surged over 290% respectively. Still, the combination able to achieve almost 80% YTD gains and the USDT holdings were part of the reason behind that performance.

In contrast, the mixture of BTC and various altcoins without stablecoin (Unhedged Basket) underperforms the rest of the sample portfolios, given that EOS has gained almost 30% in the period.

Advanced Setup
Additionally, experienced traders and HODLers would able to fine-tune their portfolios by adding derivatives on top of the long-only portfolio. For example, if a HODLer is being short-term bullish on an individual coin, he can increase his leverage on that specific coin by adding futures or perpetual swaps positions on top of the holdings. Structured products can also be used as a hedge in a downturn market. Read more about hedging here.

Conclusion
Crypto asset diversification has been one of the most debated topics in the industry. Bitcoin still able to sustain its 112% gains in value so far this year, thanks to the massive bull run in 2Q and the recent China-inspired rally.
Although some would argue that a 100% bitcoin allocation setup could probably still able to generate a decent return this year. However, a BTC only portfolio will never able to capture the distinctive opportunities in the altcoin world, which in many cases, could potentially generate higher returns, and of course, it also comes with higher risk. A carefully designed portfolio with balanced asset allocation could maximize the risk-adjusted return. As the year-end approaches, investors and HODLers can review its risk profile and adjust the strategies for next year.

OverviewFacebook’s dream of being a cryptocurrency giant seems becoming more unrealizable by days, as the increasing regulatory uncertainty is seemingly jeopardizing the company’s Libra project. While it seems that Libra has been surrounded by everything but good news ev...