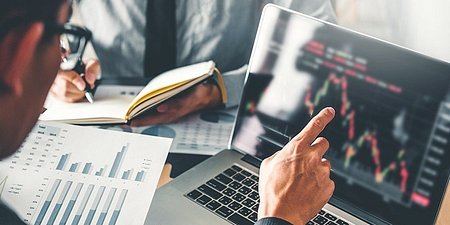 It was a slow and quiet start in the cryptocurrency market on Monday Asia as the holiday factor continues in play. The prices of bitcoin have been hovering in the 7300 area after briefly touched 7500 levels over the weekend. While the calm market condition is expected to carry into early January trading, we could see the leading cryptocurrency retreat to the high 7200 handles in the short-term, as CME futures produced another gap up. However, we believe that the chance of having some significant moves remain subdued as markets are warping up 2019. 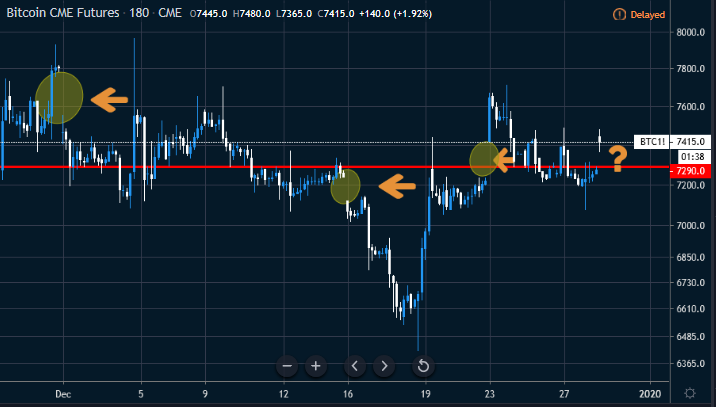 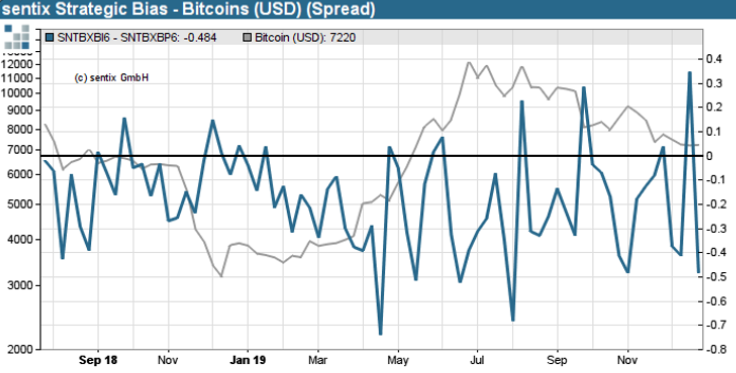 We would also like to highlight the sentiment divergence between institutional and private investors. Fresh data from Sentix shows that the institution/private investor spread of the Bitcoin Strategic Bias has reached 48 percentage points. Meaning the two segments of investors have been holding a very different view on the outlook of bitcoin. Patrick Hussy, Managing Director at Sentix, believes that the divergence could result in some significant price movements at the beginning of 2020.

Meanwhile, we've seen a mixed bag in the altcoin space, with ETH and MKR jumped about 5% while ATOM and XTZ gave up 4% and 1%, respectively. Altcoin watchers won’t want to miss the Ethereum’s Muir Glacier hard fork on January 1st. Data from Ethernodes shows that about 65% of nodes were ready for the upgrade. Although network upgrades generally can bring positive impact to the prices, Muir Glacier was more like a minor tweak of the network, and markets seem not expecting the hard fork to bring an imminent bullish reversal on the price.

News-wise, we’ve seen it was relatively light on that front, but the controversy of Facebook’s Libra never gets tired. Swiss President Ueli Maurer said Libra stablecoin has failed in its current form. In an interview with SRF, Maurer believes the reason behind Libra’s failure is because “the basket of currencies that are deposited in this currency is not accepted by the national [central] banks." Just last week, Libra Association published a second roadmap outlining plans for its mainnet launch, which is expected in 2020.

OKEx (www.okex.com), the world’s largest cryptocurrency spot and derivatives exchange, attended the Blockchain Economy 2020 in Turkey, which is of the highest-standard blockchain summit in MENA and Eurasia. Lennix Lai, Financial Markets Director of OKEx, delivered a keyn...

OKEx (www.okex.com), the world’s leading cryptocurrency exchange, announced to add 19 new cryptocurrencies for spot margin trading and Savings service at 07:00-08:00 on 21 Feb, 2020 (UTC), including its global utility token OKB, which has received a lot of market attenti...

OKEx, the Malta based world largest cryptocurrency spot and derivatives exchange recently announced to launch tick-by-tick push notifications for all the trading instruments, which allows users receive real-time price movements in all crypto markets via OKEx API when mak...

OKEx (www.okex.com), the world largest cryptocurrency spot and derivatives exchange, will list Ravencoin (RVN), a decentralized, open-source, proof of work blockchain protocol built on a code fork of Bitcoin, to its spot market with RVN/BTC and RVN/USDT on 9:00 Feb 19, 2...