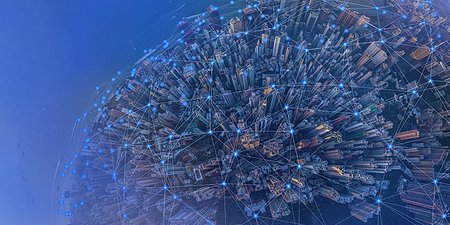 Bitcoin outperformed major asset classes massively in 2019 despite a volatile market condition. The performance highlights bitcoin’s character as an effective hedge of global risks and stagnation, as well as a high return risk-on asset.

With a simple buy-and-hold strategy, bitcoin could give investors a 90% yearly return in 2019. In comparison, the Nasdaq, one of the best performing market indexes globally, surged 38%, while the SPX rose about 30% annually. However, despite the outstanding performances, those numbers look small when compared with bitcoin's return.

We also see a similar story in the commodities space. WTI and gold both were well-performed in 2019, especially in 2H19. The two leading commodities generated 38%, and 21% yearly returns, respectively. Still, the numbers are way below what bitcoin has provided.

Bonds did not even come close. The 10Y yield closed at around 1.9% at the year-end, after touching the historic low of 1.4% area in September. 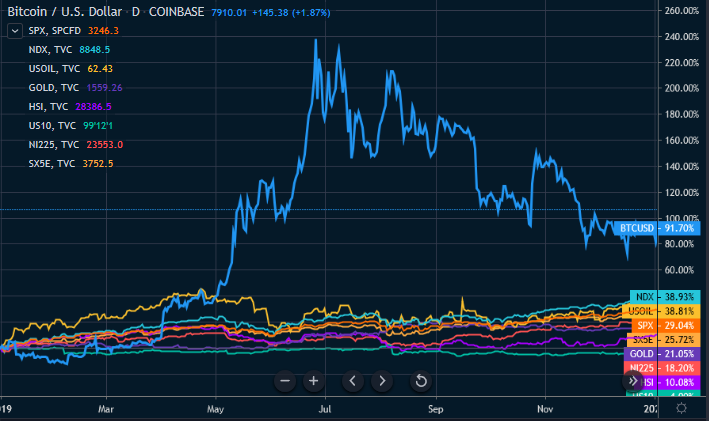 Rising geopolitical tensions, global trade frictions, political unrests, and uncertainties are some of the major themes that dominated the global market in 2019. We’ve seen the US-China trade negotiations have driven investors’ expectations in between having a deal and a full-blown trade war. The Brexit saga has created skepticism on the future growth of the UK. In addition to the unrest around the world, investors could have struggled to find decent returns in such a challenging investment landscape. That phenomenon could be part of the reasons that supported the prices of bitcoin in 2019.

Moreover, the dovish shift of global central banks could be another piece of the puzzle here. Data shows that there were over 20 central banks around the world had cut their benchmark interest rates in 2019, attributed by the slowing economic expansions and lower inflation expectations. The Fed, the RBA, the RBNZ all had delivered a 75bp-cut each in 2019. While the ECB had only cut 10bps, it restarted its asset purchase program. As the easing and dovish narrative intact, the store of value characteristic in bitcoin could easily be under investors’ spotlight.

Price volatility remains one of the focuses for crypto investors, and our data suggested that BTC has been less unstable on a monthly average basis, although it has still fluctuated. OKEx BTCUSD Index produced a monthly range of 1342.61 in December, that makes the 2019 monthly range average to 2653.183. The number is somewhat lower than the 2018 average but higher than in 2017. From that aspect, BTC prices have been less swing in 2019, although BTC largely remained highly speculative.

Despite the speculation demand, we think the predictability of the BTC prices has somewhat improved in 2019, thanks to the rapid expansion of BTC derivatives trading. The swift development of futures, options, and perpetual swap markets, has significantly enhanced the price discovery process in bitcoin, especially with the increasing participation of institutional investors. We expect institutions' involvement will continue to drive the crypto derivative markets in 2020. At the same time, retail investors also benefited from the improving availability and transparency of trading data and market information.

Altcoin back to where it started 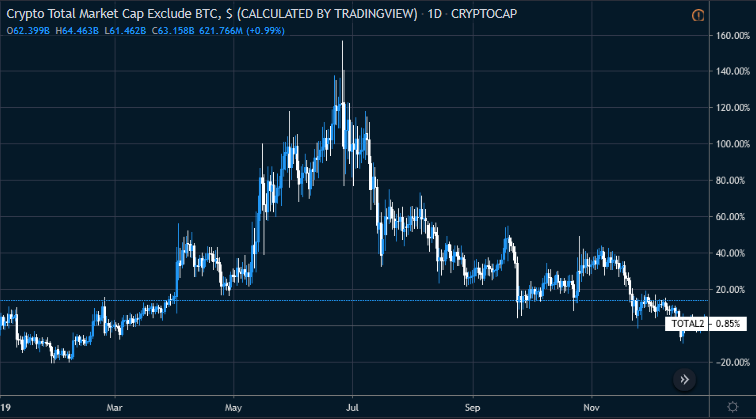 Despite the flat yearly performance, mid/small-cap altcoins stole the spotlight as some of the smaller tokens have outperformed their bigger peers, and this has become noticeable in the 2H19.

In our previous publication <2019: “Alt-Season” has come…and gone>, OKEx Perspectives pointed out that the shift of speculation demand, changes in investment appetite, and lacking institutional interest may have contributed to this altcoin divergence. 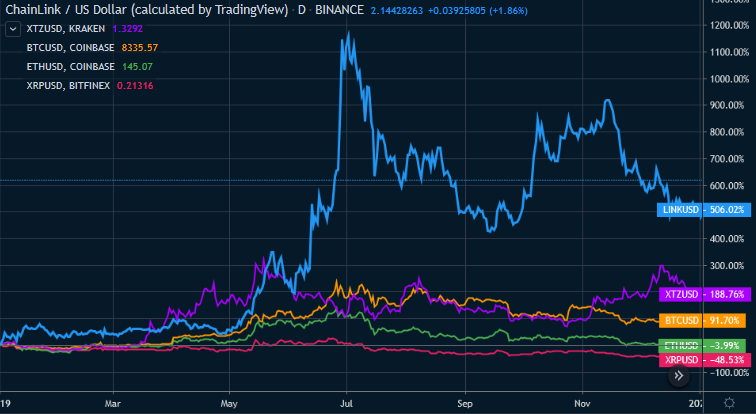 Looking ahead, leading altcoins could set to make a turn at the beginning of 2020. Value-driven traders and investors could refocus on this segment as a lot of them were already at/near recent lows. Additionally, the potential sentiment shift led by the positive expectation of halving could also reverse part of the negativity in large-cap altcoins.

Moreover, the swift expansion of DeFi is set to be a gamechanger for tokens such as ETH. No doubt that MakerDAO was the cornerstone of the whole DeFi development in 2019, it takes up half of the entire DeFi world in terms of total locked value. However, markets expect other players such as Synthetix and Compound will continue to catch up in the DeFi game. Regardless of who will be catching up faster, the continuing growth of DeFi could further shrink the circulating supply of ETH, which considered as an underlying bullish factor for ETH prices in the long-term.

There was quite a lot of exciting development in the crypto space in 2019. DeFi, CBDC, China, Libra, bitcoin ETF proposals, and regulatory challenges, these are some of the key themes that shaped the cryptocurrency space in 2019.

We believe all these factors will continue to influence the markets. We could see the DeFi system becoming more diversified. The first CBDC could be born in 2020. China could play more proactive in blockchain applications. Libra could still be launched despite global regulatory challenges. Markets may find closer to see a real bitcoin ETF. Besides, bitcoin's halving, the increasingly crowded derivative markets, and the growing institutional interest in crypto, 2020 is set to be an exciting year for all crypto watchers and investors.