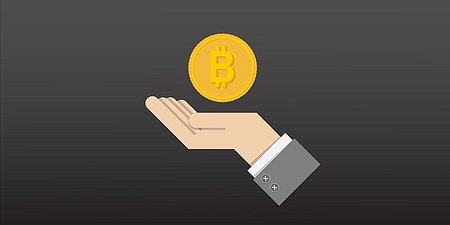 For every individual investor, it’s that time of year again. That’s right. Setting up your investment portfolio for the new year, research sectors, countries, and allocations. However, in the background of sluggish economic growth, less maneuverability in monetary policy and the continuing rising of geopolitical tensions, investors could find increasing challenging when it comes to figuring out investment goals for this year, or even longer-term. Crypto asset could be one of the asset classes that can provide decent potential returns, while it’s leverageable and high liquidity at the same time. Investors could be surprised how a little crypto exposure could impact the total portfolio returns.

2019 was a better-than-expected year for the global markets. Things were not as bad as we thought. We’ve seen the US and China finally inked the “phrase one” trade deal, although markets’ expectations have been bouncing between a deal and a full-blown trade war throughout the talks. Markets have also experienced some wild swings during Brexit negotiations, which has been reflected in GBPUSD, especially in 2H19. Also, other macro events and policy shifts have turned out not as terrible as the market expected at the beginning of 2019.

As a result, the SPX rallied 29% in 2019, and it’s the best yearly performance since 2013. And the Dow rose 22.3% in 2019, the best annual performance since 2017. Emerging markets also have a fruitful year, with the SHCOMP closed 22% higher in 2019, even with the headwind from the trade war. Russia came out at the top last year, with MSCI Russia posted a staggering 56% yearly returns.

Although some notable growth obstacles have been cleared, ironically, the growth outlook for 2020 is not so promising. A study from The World Bank shows that the global economy is set to grow just 2.5% this year, only slightly higher than last year’s number of 2.4%. The growth of advanced economies is expected to slow down from 1.6% to 1.4%, due to the weakness in the manufacturing sector. Meanwhile, the outlook of emerging markets seems a little brighter. The growth is expected to speed up from last year’s 3.5% to 4.1% this year. However, the World Bank projects that the increase in many other countries is likely to slow down in 2020 as exports and investment remain weak.

Crypto asset is proven to be one of the effective hedges against a stagnant growth environment and even a better-performing asset class in a challenging investment landscape. Bitcoin, for example, the price of the leading cryptocurrency gained about 90% last year, that’s according to our in-house report <2019 Global Crypto Market Review>. The strong performance not just outshined major asset classes, the investment demand of BTC has been surging too.

Bloomberg reports that Grayscale Investments, the largest bitcoin trust provider, recorded an inflow of US​​​​D 608 mln last year, and more than 70% of them came from institutional investors like hedge funds. That fact that the hedge fund industry has been eager to boost their performances. Data from Hedge Fund Research shows that the HFRI Fund Weighted Composite Index, which gauges the aggregate performance of the broad hedge fund sector, rose 10.4% in 2019, reversed the 4.8% losses from 2018.

Sector-wise, healthcare came out at the top, with the HFRI Healthcare Index returned 23.4%. Still, that’s a relatively small number compared to BTC’s 90% annual return. An asset that can give such a high potential performance, with increasing institutional adoptions, and ever-improving market mechanism, there’s no surprise that hedge fund managers and other investment professionals have started to embrace bitcoin as a new asset class.

Now we’ve learned that bitcoin could be the new growth engine of any given investment portfolio, and its institutional adoption has been increasingly evident. However, as a general individual investor, how the inclusion of bitcoin could boost investment returns? We use Vanguard Total Stock Market ETF (VTI), VanEck Vectors Semiconductor ETF (SMH), and the SPDR S&P Oil & Gas Exploration & Production ETF (XOP), as an example to demonstrate how a bitcoin inclusion could impact your long-term investment returns. To simplify the calculation, we disregarded the dividend and management fees in the below cases.

VTI has been one of the most popular ETFs available in the market, it adopted a diversified strategy with exposure in large-, mid-, and small-cap equities, with holdings like MSFT, AAPL, JPM, and JNJ. Meanwhile, SMH focuses on 25 of the largest US-listed semiconductors companies, and XOP tracks the US oil and gas exploration & production space.

Table 1 shows the return of those ETFs in 2019 alongside with bitcoin’s annual performance. SMH and VTI both have a decent year, with a gain of 64.4% and 30.8%, respectively. However, XOP underperformed the US has been increasingly leading the expansion in global oil supplies.

Table 2 shows some of the portfolio samples using those ETFs and bitcoin. Given the weak performance of XOP, portfolio A is still managed to achieve a 28% annual return in 2019. However, if we adjust the allocation of portfolio A by adding just 5% of BTC and reduce some of the holdings of SMH and XOP, the gains will boost to 32% (portfolio B). A BTC inclusion could also be a way to help investors to pair some of the losses, and portfolio C could be one of the examples. Even with 85% of the capital allocated to XOP, the remaining 15% BTC helped to lift the whole portfolio back in the green. To maximize the result, an 85% VTI-15% BTC combination could outperform the SPX with a 40% return.

Markets are likely to refocus on bitcoin and crypto assets in 1Q and 2Q as events such as bitcoin halving is expected to take place in the period. Data from Digital Assets Data in Denver shows that there was a rising number of addresses accumulating higher amounts of BTC, mainly driven by retail investors. On top of that, we’ve seen institutional interest has been coming back after the new year break. That could make BTC an exciting asset to focus on both traditional and crypto investors.

BSV Could be Overbought, But How to Play?

The recent BSV hype is seemingly fading away, but another event is on the way.